$75 million of Taxpayers Money to Crash Craft into the Moon. 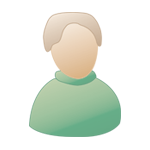 By compuguybna,
October 8, 2009 in General Discussion