How do you remove an attachement from here!? 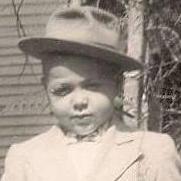 By jackdashack,
April 9, 2013 in General Discussion